Since their extraordinary Revolution, the people of Haiti have struggled to situate themselves in the circle of nations. Their bold rejection of slavery brought them diplomatic ostracism, embargos, and a forced indemnity to France that choked development. Peasants migrated deep into the mountains in search of autonomy, but they periodically raised armies to resist the exploitation of outsiders, including their own bourgeoisie. The North American invasion of the early twentieth century defeated the last such army, but it also stimulated the development of cultural forms of resistance. Drawing from the spirit of their African heritage, especially Vodou, Haitian artists of the twentieth and twenty-first centuries have utilized the vehicles of modern music, dance, literature, and visual art to represent Haiti to themselves and to the larger human community. The Duvalier dictatorship (1957-1986) provoked a massive emigration, but Haitian artists have used this rupture to refashion traditional culture in foreign workshops and bring fresh ideas back home.

The United States’ invasion and occupation of Haiti (1915-1934) triggered a crisis among Haitian intellectuals, who reasoned that resistance entailed full self-knowledge, embracing the heritage from Africa tended by Haitian peasants but shunned by their own privileged class. They called for research and the integration of folklore into literature and classical music. This impulse from Haiti influenced the thinking of Aimé Césaire and other proponents of black consciousness, or négritude. At home, it spawned new performance genres for the theater and for the mass market. 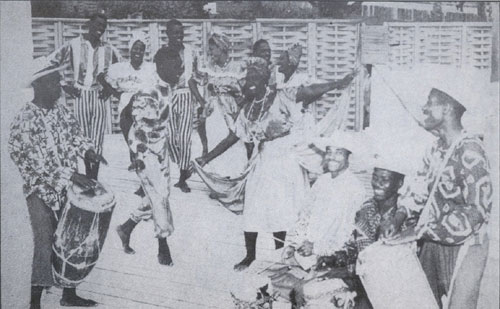 In 1949 Haiti opened a national theater, whose resident companies included La Troupe Folklorique Nationale. Directed by choreographers, the Troupe brought traditional music and dance, based primarily on the dances of Vodou, to the modern stage. The company became the model for others.

The genre, called “folklore,” imports the notion of choreography from ballet to structure a performance of traditional dance. Choreographers develop steps out of basic movement and arrange them into floor patterns with formal phrasing. An ensemble of traditional vocalists and instrumentalists further develop the piece.

In recent years companies have experimented with multi-media technology and audience participation.

Folklore musicians have produced dozens of Vodou and Carnival/Rara recordings in Haiti and in the diaspora. The troupes educate general audiences about Afro-Haitian culture by conducting workshops and residencies in schools, libraries, museums, and community centers.

Popular bands developed commercial neo-traditional styles in the turbulent years around President Jean-Claude Duvalier’s flight into exile in 1986. The father-son Duvalier dictatorship (1957-1986) had exploited and discredited the black nationalist movement. When large numbers of diaspora Haitians re-patriated following the regime’s collapse, they discovered a strong sense of empowerment among the poor. The music styles that emerged stirred the ingredients of Vodou, Carnival, and Rara music into a reggae-rock broth. Haitians call the style mizik rasin (french : musique racine; english : roots music). Rasin musicians chose the rock-reggae foundation to distinguish themselves from older Latin-influenced dance bands, now associated with the ousted regime; to exploit their own experience of Euro-North American popular styles, often acquired in the diaspora; and to appeal to the growing market for “world music.” 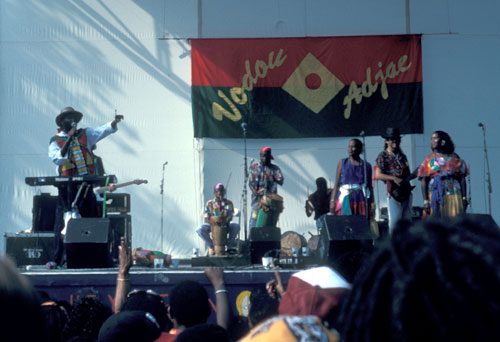 After winning a prestigious music prize in 1989, the rasin group Boukman Eksperyans crafted the model for the flood of bands that followed. Boukman flanks its instrumental core of electric guitars (lead, rhythm, bass), trap drums, and keyboard (synthesizer) with the Vodou drum battery. A chorus of female vocalists join some of the instrumentalists in song, sometimes following call-and-response conventions. The band either selects its songs from the vast Vodou repertory or composes new songs in Vodou style. Guitars and keyboard broaden the palette with European chord types, functional tonality, and the heptatonic system.

The sound of Rara distinguishes mizik rasin from other commercial neo-traditional styles. Besides the ever-present kata rhythm, the synthesizer introduces the “dissonance” of vaksin ensembles at pivotal moments.

Instruments used in earlier experiments with the vaksin sound were less capable of doing this. In performance, rasin groups exploit cordless microphones to mimic the motion and commotion of Rara processions.

Rasin bands have not restricted themselves to Rara; some compositions have used such rhythms as yanvalou and djouba. The texts of rasin songs affirm and embrace the culture of Vodou as an avenue toward democratic change.

Haitian rasin bands were the first to bring elements of Haitian spirituality to the global market. Their rise paralleled the emergence and growth of world music, or world beat, and several bands have played internationally. Ironically, multinational military forces occupy Haiti at the moment of this writing, the key representative of Haiti’s democracy movement lives in exile, and Haitian youth listen to North American-style rap. In response to these seeming setbacks, we may paraphrase the words of Haitian revolutionary Toussaint Louverture on his abduction in 1802: The culture of the spirit will spring up again by the roots, for they are many and deep. 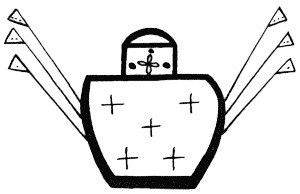