We move now from consideration of Tamil songs with their primary focus on the god Murugan as a subject, to songs composed on the god Siva in his manifestation as Nataraja, literally king or lord of dance. Worship of Nataraja is centered at the temple of Cidambaram which is the heart of his cult. Rather than framing the relationship between devotee and deity as sensual and romantic as in the padams, many songs in Tamil on Siva Nataraja focus on praising various of Siva Nataraja’s attributes and legends 06he is associated with. But it’s not just praise; these songs are called ‘ninda stuti’, roughly, ‘praise-blame’ songs, as they take liberties with the pride of Siva. In ‘Nadamadi Tirinda’ the composer Papavinasa Mudaliar puts a twist on his declaration of devotion for Siva. Referencing Nataraja’s famous raised leg, instead of simply praising Nataraja’s cosmic dance skills, he bombards the dancing deity with questions broadly hinting that the lord may not be as invincible as it seems. The raised leg raises doubts in the devotee, suggesting weakness rather than omnipotence : 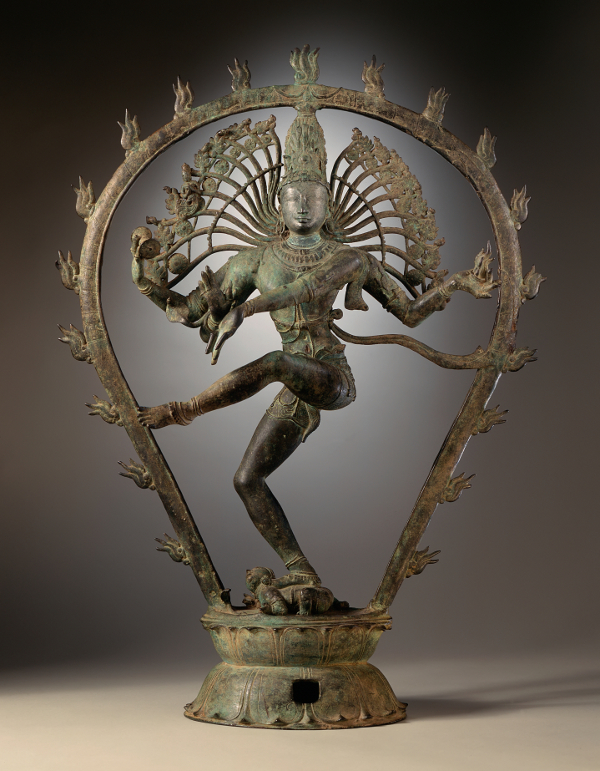 Statue of the god Siva Nataraja.

Ninda Stuti: The Devotee on Familiar Terms with the Deity

The caranam section moves from posing this question to suggesting possible answers. The composer wonders outloud if Nataraja incorrectly applied some cool ash to his hot body and caught rheumatism? Or perhaps, when he gave Yama the god of death a swift kick to save the life of his devotee Markandeyar, that gave him a sprain? The third line of the caranam references an incident involving Sundaramurti Nayanar, one of the 8th century A.D. Tamil bhakti poets and a great devotee of Siva. S.V. Seshadri tells the story :

The saint Sundaramurti had a funny relationship with Siva; he was almost a comrade, a friend – they were on a very familiar basis with each other. Siva liked him so much that hewould do anything Sundaramurti asked. In the town of Tiruvarur, Sundaramurti had a romantic liaison with a hereditary temple dancer (devadasi) named Paravai Nachiar. They were both wrapped up in each other. But all the time he was in love with Paravai, Sundaramurti was forgetting Siva. Siva became jealous; he didn’t want his disciple to forget him. So he caused him all kinds of troubles, to wean him away from Paravai. Then, when Sundaramurti wasn’t able to give sufficient attention to Paravai because of the troubles caused by Siva, she got angry with her lover. Sundaramurti decided to send Siva himself as his messenger to Paravai, to try to pacify her. Siva had to go as the messenger. So when he went, probably his leg hit upon the step of Paravai’s house. So was it because you stubbed your toe there on her doorstep? (Seshadri, 1990, in Allen 1992:D3:1).

This passage is an excellent example of the way that a short sentence in a song text can be the trigger to open up for a listener the huge world of stories about the pantheon of Hindu deities, their often complex relationships with each other and with ordinary humans. One of the important things illustrated here is how that by the accumulated power of one’s acts of devotion, a devotee can compel the deity to act on his/her behalf. Finally, in the last line of the caranam the composer wonders if Siva’s lameness is his/her own fault: “Was it my sins that caused this lameness?”

Ni muvarkkum mudalvan anro?
Didn’t you used to say you were first among the three great gods?
(you used to move about quite well…)